Motherhood and Infancies in the Mediterranean in Antiquity 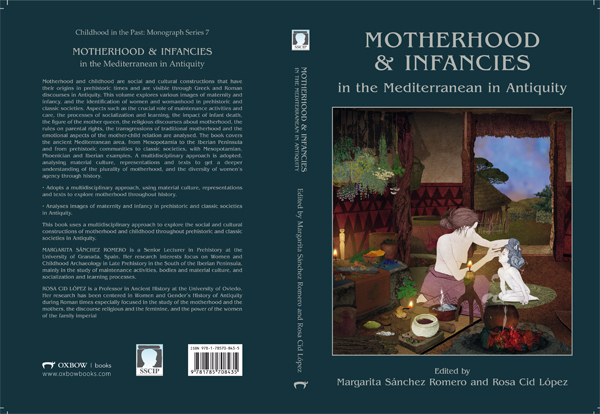 Motherhood and childhood are social and cultural constructions that have their origins in prehistoric times and are visible through Greek and Roman discourses in Antiquity. In this volume we will explore the various images of maternity and infancy and the identification with women and womanhood in prehistoric and classic societies. Aspects such as the crucial role of maintenance activities and care, the processes of socialization and learning, the impact of the infant death, the figure of the mother queen, the religious discourses about motherhood, the rules on parental rights, the transgressions of traditional motherhood or the emotional aspects of the mother-child relation will be analyzed. The book will search in the ancient Mediterranean area, from Mesopotamia to the Iberian Peninsula and from prehistoric communities to classic societies with examples of Mesopotamian, Phoenician or Iberian societies. A transdisciplinary approach that will analyses material culture, representations and texts in order to go deeper into the gender analysis considering motherhood and its plurality, and the diversity of women´s agency through history.

4. Beyond biology: the constructed nature of motherhood(s) in ancient Near Eastern sources and studies Agnès Garcia-Ventura

11. The (ir)relevance of being a mother. A legal perspective on the relationship between mothers and children in ancient Greece Laura Pepe

16. Seruae, mothers and the mother–child bond in Roman Italy. The analysis of the epigraphic evidence Carla Rubiera Cancelas

17. On the margins of motherhood: images of the puella docta and the lover-poet in the Latin love elegy Rosa Marina Sáez

21. Women and children omitted in the teaching of history: causes and consequences Antonia Garcia Luque